Polanica-Zdrój
the place that conquers hearts

Polanica-Zdrój is a picturesque spa town located in the western part of the Kłodzko Valley, at a height of 380 m a.s.l. The river called Bystrzyca Dusznicka which has its spring in the Eagle Mountains, flows through the very heart of the city. The city of Polanica-Zdrój is surrounded by forested mountains, which make the city permeated with the scent of trees and resin and is an ideal place to relax enjoying the beauty of nature.

We find the first mentions of the city as early as the 14th century, and already in the 17th century the first records about the health values of the springs of Polanica appear. There is a wide offer of plastic surgery centers, aesthetic medicine and cosmetology as well as health and therapeutic tourism. 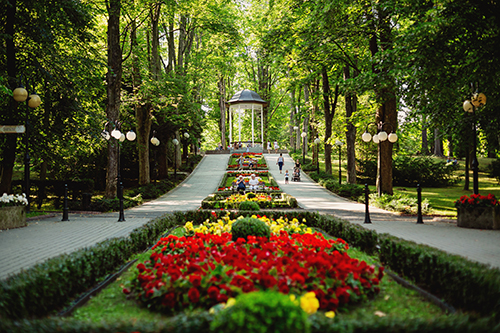 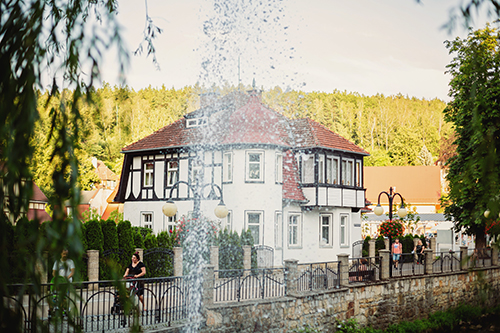 The town of Polanica-Zdrój is known for its mineral waters. For years, two large bottling plants have been operating in the town, producing water “Staropolanka” and “Wielka Pieniawa”. The mild, piedmont climate results in the fact that the city is visited by the crowds of people with various ailments who seek relief due to the unique conditions provided by the surrounding nature. Polanica-Zdrój is also an important place in terms of climatotherapy. Weather conditions are bactericidal and vitamin-forming here. These are ideal conditions for leading a healthy and active lifestyle.

Attractions in Polanica – there is something for everyone

In Polanica-Zdrój itself you will find many walking, family and bicycle routes. We can choose routes depending on their degree of difficulty and the facilities that we want to visit. It is also an ideal place for Nordic walking. In the center of the spa you will find a beautiful promenade. Rebuilt after the flood, it is the heart of Polanica-Zdrój. There are numerous cafes and restaurants here. The entire promenade is illuminated with beautiful light that creates a magical aura. Walking around the city we can reach the unique icon of Polanica  town, i.e. the bear sculpture. The sculpture is located in the Forest Park and indicates the range of the Scandinavian land glacier. There are many legends and curiosities about this hero. One cannot overlook the colourful fountain. The play of light in combination with music and water can be enjoyed from May to October. The fountain is located in the very center of the town and can be admired from comfortable benches arranged like an auditorium. Many people are also attracted to the Spa Theatre of naming after actress Mieczysława Ćwiklińska. This is where concerts, performances and various events take place. It is worth to check out the calendar of events to avoid missing cultural events. The center also has a mineral water pump room. It was founded in 1910. The building covers a walking hall and a concert hall. At this point we can try water from the Wielka Pieniawa Spring. 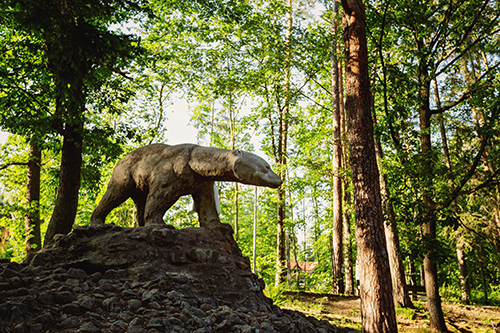 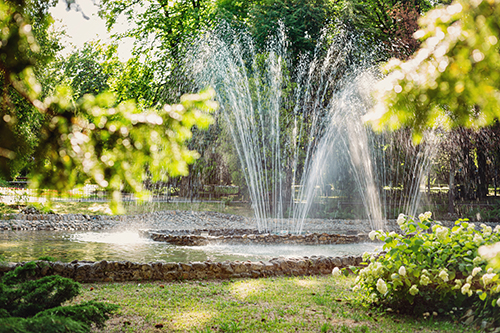 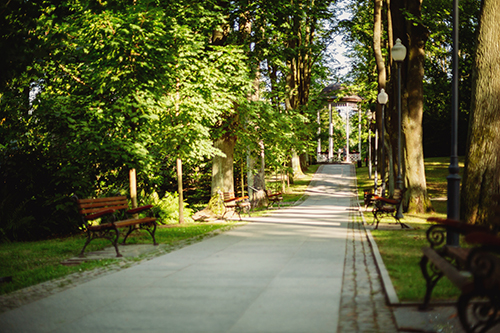 Polanica-Zdrój is an ideal place for doing sports and spending free time actively. At the head of the attractions Góralka deserves a honorable mention. It is a summer toboggan run with a length of 450 m. With good winds you can reach a speed of up to 45km per hour. Next to the track is a rope park and playground. Not far from the town of Polanica-Zdrój is located Szczytnik, and there the remarkable Forest Castle from 1832. It is built in the neo-Gothic style and situated on a rocky edge. Around the castle there are also several viewpoints from which you can admire the town. Nearby we can also find the Lagoon in Radków. It is about a kilometer long and three hundred meters wide. There are chalets and restaurants. There is a water equipment rental facility at the lagoon. It is also worth visiting Zieleniec Ski Arena. It is the largest ski resort in Poland. Moreover, we will find walking routes and summer lifts. People who love mountains will enjoy spending their time in the Table Mountains National Park. We can do cross-country skiing, rock climbing, as well as cycling and hiking. We will find there many viewing platforms and beds. Near Polanica you will also find golf courses, basketball and football fields, as well as swimming pools.

Polanica-Zdrój is also a multitude of flavours and aromas. In the very center there are cafes and restaurants where we may try specialties from various parts of the world. When looking for a place for coffee, choose Caffe Bohema. It is an extremely elegant place where we can enjoy aromatic drinks, as well as eat delicious ice cream and cakes. It is also worth choosing the café called Przyjaciółki Brunch&Coffee. It is a cosy place where you will find many types of coffee along with various additions. The offer also includes healthy cocktails with orange, mango or ginger. We also eat cakes and toasts here. We can eat delicious dishes in the Decompresja restaurant. Their cuisine is full of creativity, fantasy and courage. It is worth going on their taste journey. When searching for Italian dishes in Polanica, we must visit the La Nonna restaurant. The professional staff serves delicious dishes that delight guests. 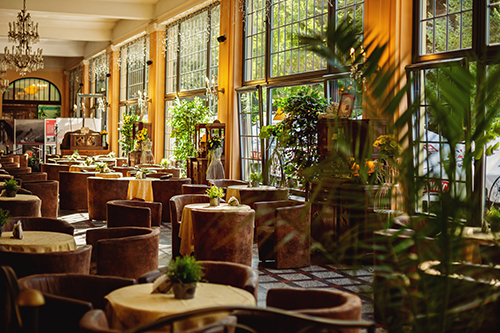 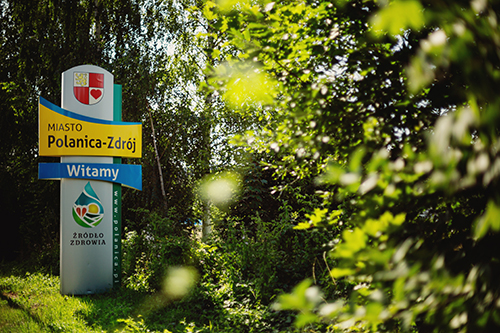 Well deserving of honourable mention are the nearby towns. Visit these places for fully discover the potential of this part of Poland.

This is an extremely attractive place. We will find there terraced buildings of the city and relics of the Middle Ages. We may admire the remains of fortifications, the Knight’s Tower, the Water Gate or the Kłodzko Tower. The unique relic of the past is an authentic stone pillory located in the Small Market.

In this village we may find a picturesque waterfall. The water falls here from a height of 21 metres. The waterfall is a part of the nature reserve. It is a place with a typical mountain climate, including elements of wooden architecture in the Alpine and Norwegian styles. Near this village we will also find the Garden of Fairy Tales.

It is a spa town with the Institute of Natural Medicine called “Jerzy” (”George”), which is the oldest spa facility in Poland. Here, we can also admire the Spa Park and the picturesque Bridge of St. John.

The city is famous for the Kłodzko Fortress, which is the most valuable work of defensive architecture in Poland. It is a mysterious place where we can visit chambers, as well as basement tunnels and mazes. The Kłodzko market square also looks beautiful thanks to a baroque well with a two-tailed lion.

The most characteristic and simultaneously the most important places are the Spa Park founded in the 18th century, the Mineral Water Pump Room together with the Concert Hall, the building of sanatorium known as the Small Castle, and the Polonia Sanatorium, which covers the Spa Theater inside. 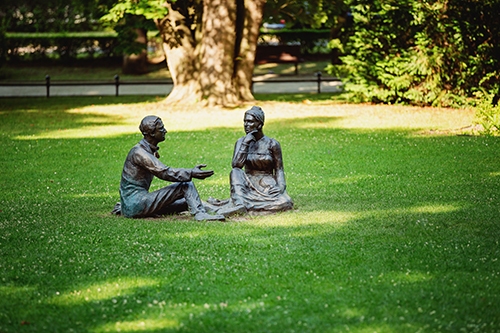